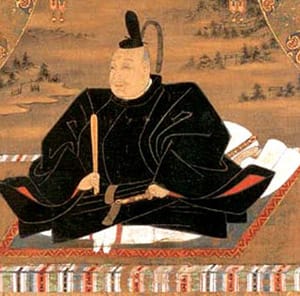 The Tokogawa shogunate did change Japanese society in the edo period, he made improvements that positively impacted on the lives of the Japanese people making Japan a politically and socially advanced community. The changes and unification that Tokogawa Ieyasu implemented shaped Japan into what is it is today.
Before the Tokogawa shogunate came to power there was a period in time called the warring states period (senguku) where Japan was at war, there was no peace or prosperity in the land. This changed however when Tokogawa Ieyasu and his followers won the battle of sekighara in the year 1600. Before the edo period social classes were mobile and daimyos weren’t monitored so there was prime opportunity for people to have a grab at power and daimyos could build their army’s uncontrollably to the point when they could attack other daimyos and even overtake the shogun. During the warring states period daimyos were fighting and didn’t have the resources to fund the development of their society and economy.

The unification of Japan came when Tokogawa Ieyasu rose to power at the time in history known as the great peace. He implemented many strategies to control the political system and improve society through strict social structures, control over daimyo, urbanization and economic growth.

The shogun made many changes to improve the political system in Japan. He provided peace for his people, through the creation of strict political rules that governed the way daimyo could live, act and rule he called this new political system the bakuhan system (1605). This system involved two governments co-existing but acting independently, the national government in edo and the local government controlled by the daimyo in the area. The social structure also helped create a stable society, everyone was born in a class peasant, warrior, merchant or artisan. (Edited from the Dai nihon shriyo (primary historical document)).A peasant for example could never work hard to advance up the ranks to a samurai, which ensured there were enough farmers and not too many warriors. The daimyo were strictly monitored by the shogun through a system of police and spy networks which reported any suspicious behavior. The shogun carefully managed the marriages between daimyo families and increased the tradition of hostage taking to further reduce the risk of daimyo working together and gaining strength. The number of troops, castles and the size of the daimyos army was strictly limited. The daimyo were required to live every second year in the capital city edo which moderated his power at home and further ensured loyalty to the shogun. The shogun could punish daimyo for breaking these rules by reducing the size of the domain or the daimyo could be shifted to an entirely different domain, or suicide could be demanded. This ensured all the daimyos were kept in check and prevented upheaval against the shogun. The new political system could ensure peace upon the land making the focus on developing society and the economy not fighting wars.
The edo period also brought social change to japan as the Tokogawa shogunate implemented many strategies to create a better society and a standard of living for the Japanese people. The advancement of the Japanese society brought along sustained economic growth and foreran relations and trade and a booming demand and development of art and culture.  The advancement of the Japanese society in the edo period was mainly due to economic growth and change implemented by the new ruler Tokogawa Ieyasu. During the warring states period the daimyos and their warriors were very active living on the land and fighting day to day but when the great peace arrived in 1603 the shogun required the daimyo and their warriors to move off the land into castle towns this moving off the land created a period of rapid urbanisation in japan. Building roads, houses, government structures required workers and a skilled labour force. The workers required food, housing, entertainment and other goods and services businesses sprang up to cater to the needs. Castle towns grew rapidly becoming regional centres of government activity and trade. The shogun standardised currency through japan which made trading easier and more profitable. By 1700 the population of the major cities grew significantly edo leading with one million people and the cities of Osaka and Kyoto having 400,000 each making them some of the most populated cities in the world. The three lower classes profited handsomely from a growing population. Peasant farmers were made available to new farming techniques and more land available for cultivation food production grew. As city populations for non-food goods grew artisans began creating more goods and providing the skilled labour required to build castle towns, roads, building and infrastructure of a modernising society. The merchants benefited from the economic growth and made steep profits from trade. This immense population growth and economic growth improved the Japanese society and standard of living. The huge growth in population and wealth created a booming art, culture and entertainment demand. Famous artists like hirosage painted the woodblock paintings, the kabuki theatres provided entertainment for the masses and musicians, actors, sumo wrestlers and poets all formed the new middle class. The increased influence of art, culture and literature improved literacy rates of the people ukiyo-e artists there were now private schools for the public and anyone could learn literature.

The change that Tokogawa Ieyasu made in the edo period made significant change in the lives of the Japanese people. The changes which included improved political systems and an advanced society set up japan into what it is today. The advancements of japan in the edo period rivalled those made by the western nations. The Tokogawa made claver changes to ensure the best for himself and his people. The changes that Ieyasu made more than 400 years ago when he came to power shaped the country into what it is today, today japan has one of the world’s strongest economy’s, standard of living, technologically advanced society’s, effective governments, strong militaries and is a recognised world power started by the Tokogawa Ieyasu and his dreams for a prosperous japan more than 400 years ago.